Abu Dhabi: The Environment Agency (EAD) in Abu Dhabi has warned the public not to swim or dive in Al Bahia canal after a seven-metre whale shark was spotted in the waters on Sunday.

Residents were also cautioned against feeding the male whale shark, which is considered an endangered species on the International Union for Conservation of Nature (IUCN) Red List of threatened species. 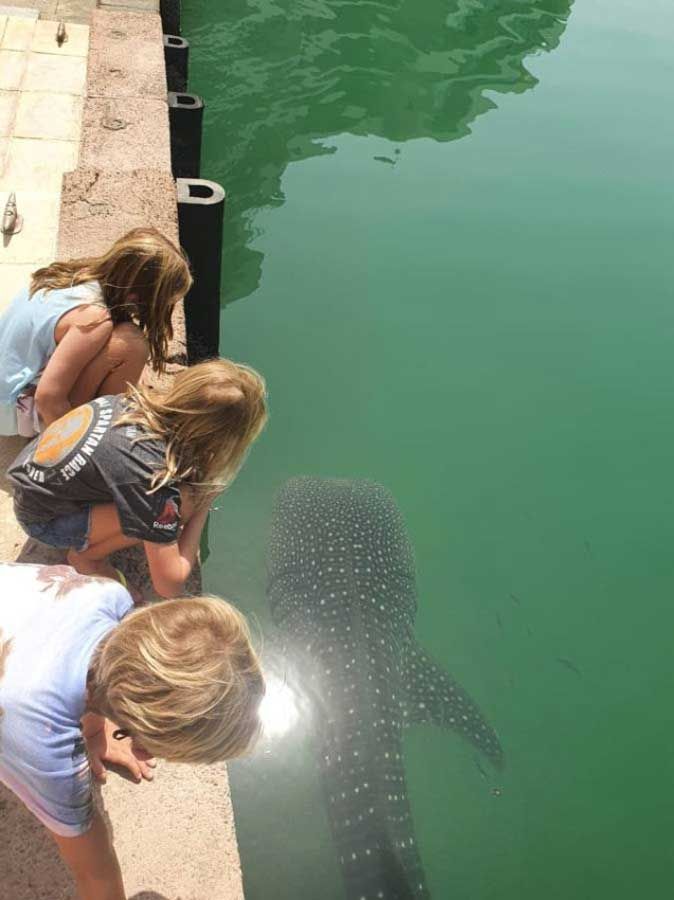 Catching a glimpse of a whale shark so close to the city of Abu Dhabi is a rare opportunity.
Image Credit: Supplied

This is the second whale shark to have been spotted recently, following the sightings of a juvenile whale shark only one week ago.

The EAD explained that the young shark had returned to Al Raha canal, and has been under constant monitoring during the last six weeks.

“Our juvenile whale shark has returned to Al Raha after last being seen there one week ago. Over the six weeks we have been monitoring him we noticed that he had lost some weight, so through our [understanding] with the National Aquarium on environmental cooperation and wildlife protection, we are supplementing his diet with some krill until he returns to sea,” said an official from the EAD.

Whale Sharks appear occasionally in the marinas and waterways of Abu Dhabi during this time of year and are not harmful. Monitoring teams and environmental experts constantly work to protect biological diversity in the marine environment, which acts as a vital indicator to the quality of water, in addition to proving scientific data on marine biodiversity.