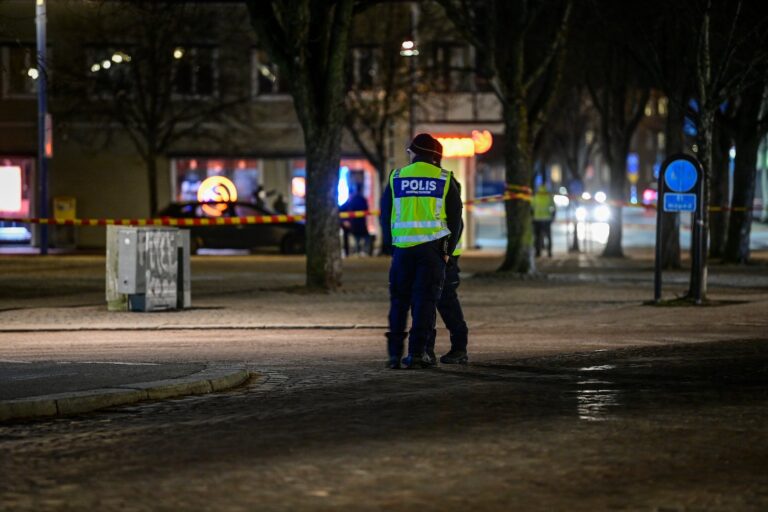 STOCKHOLM: A man attacked eight people with a “sharp weapon,” seriously injuring two, in the Swedish city of Vetlanda on Wednesday, police said, in what they called a suspected terrorist crime.
The assailant was taken to hospital after being shot in the leg by police when he was taken into custody, following the attack in the southern Swedish city in mid-afternoon.
Speaking to AFP, police said the man in his twenties had used a “sharp weapon,” while local media reported the man had brandished a knife.
Police originally treated the incident as “attempted murder” but later changed it, in a statement, to a “suspected terrorist crime,” without giving further details.
A press conference was announced for 8 pm local time (1900 GMT).
In Sweden, the intelligence services consider the terrorist threat to be high.
The Scandinavian country has been targeted twice by attacks in recent years.
In December 2010, a man carried out a suicide bomb attack in the centre of Stockholm. He was killed but only slightly injured passers-by.
In April 2017, a rejected and radicalised Uzbek asylum seeker mowed down pedestrians in Stockholm with a stolen truck, killing five people. He was sentenced to life in jail in June 2018.