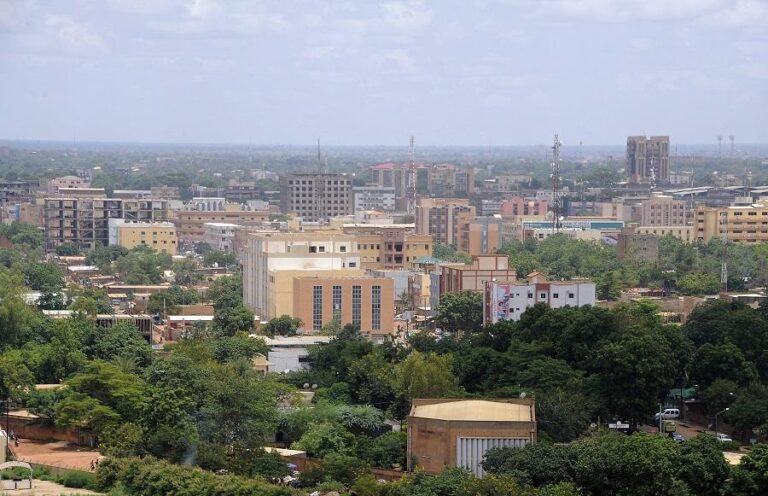 OUAGADOUGOU: Three police and five members of a civilian anti-extremist force were killed in eastern Burkina Faso, security sources and locals said Tuesday, in the latest of a slew of deadly attacks.
“Joint units of gendarmes and Volunteers for the Defense of the Motherland (VDP) came under attack in Tanwalbougou in Gourma province” late on Monday, a security source said.
The account was confirmed by a local official with the VDP, an antiextremist militia drawn from civilian volunteers, who said the joint patrol was attacked by “several dozen men on motorbikes.”
Another gendarme and a VDP member were wounded and taken to hospital in the region’s main town, Fada N’Gourma, the security source said.
Burkina Faso, a poor, landlocked country in the heart of the Sahel, has been fighting a ruthless extremist insurgency that swept in from neighboring Mali in 2015.
More than 1,200 people have been killed and more than a million have fled their homes.
Three people were killed on March 28 in Tanwalbougou, a village about 50 kilometers (30 miles) from Fada N’Gourma, and the local gendarmerie unit has suffered six attacks since 2019.
The latest fatalities came after the security forces repelled an ambush in the area on Sunday, the VDP source said.
Hundreds of people have headed for the safety of Fada N’Gourma after “armed groups” made threats, the source added.
The VDP was set up in December 2019 to shoulder some basic security tasks from Burkina’s beleaguered police and army.
Civilian volunteers are given two weeks’ military training, and then work alongside the security forces, typically carrying out surveillance, information-gathering or escort duties.
But the makeshift force has suffered heavy losses.
More than 200 have died since their organization was set up, 20 alone since the start of this year, according to an AFP toll.
On April 1, six were killed in an ambush in Dablo, in the north the country, as their unit searched for a missing colleague.