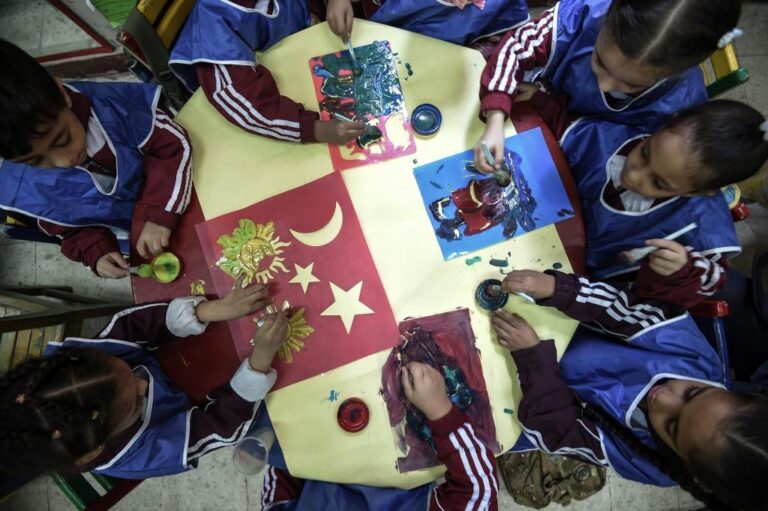 CAIRO: Egyptian President Abdel Fattah El-Sisi received on Wednesday a group of Japanese experts supervising the Egyptian-Japanese school system in Egypt, in the presence of Tarek Shawky, minister of education, and Nevin Farouk, supervisor of the Egyptian-Japanese Schools Unit.
The meeting reviewed the efforts of the experts, who are working in coordination with the Egyptian Ministry of Education, to implement the education model called “Tokkatsu” at the schools.
“The president praised the great efforts exerted by the Japanese experts in this vital national project that comes within the framework of the state’s strategy to build the Egyptian character since the early stages,” said the presidential spokesperson.
The statement added that it is part of Egypt’s strategy to create a comprehensive educational system that strikes a balance between the academic aspect and the development of individuals’ ability to think and innovate.
It said that the system aims at preparing students that have a balanced personality and possess human and moral values.
The Japanese experts emphasized their keenness to work on consolidating the foundations of the Japanese education system in Egypt, including the process of training teachers and developing educational curricula in coordination with the Ministry of Education.
They praised the seriousness of the Egyptian state to develop its education system according to the highest standards.
They said recent performance evaluations reflected the success of the new system and establishing the basic principles of Japanese education systems.
The experts praised Egyptian teachers for their ability to comprehend the concepts and principles of the Japanese education system and inculcate them in children swiftly.
Shawky discussed the training of Egyptian teachers who were sent to Japan to learn the system and gain the necessary qualifications and experience.
Some 120 teachers and principals have visited Japan from the new schools and work is underway to send more after the end of the pandemic.