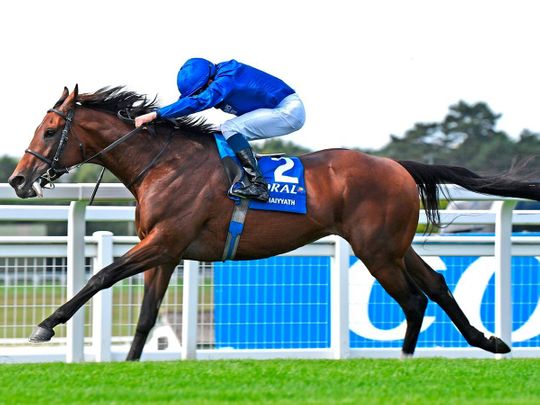 Dubai: It was a very special night for His Highness Sheikh Mohammad Bin Rashid Al Maktoum, Vice President and Prime Minister of the UAE and Ruler of Dubai, and Team Godolphin and Sheikh Hamdan Bin Rashid Al Maktoum, Deputy Ruler of Dubai and Minister of Finance, at the 30th Cartier Racing Awards on Friday evening when they were honoured for outstanding performances by their respective stable stars Ghaiyyath and Battaash.

The night’s biggest prize went to the outstanding Ghaiyyath who collected both the prestigious Horse of the Year and Older Horse awards at The Dorchester Hotel in London.

The presentation ceremony was broadcast via Sky Sports Racing as the COVID-19 pandemic prevented the traditional awards dinner from taking place.

Trainer by Charlie Appleby, Ghaiyyath completed a hat-trick of breathtaking Group 1 victories during the season including the Coronation Cup at Epsom, Eclipse Stakes at Sandown Park and Juddmonte International at York.

Godolphin were created in 1992 by Sheikh Mohammed. A son of Dubawi, Ghaiyyath who was recently retired to stand as a Darley stallion at Kildangan Stud, Ireland, in 2021 heads into his new career as 2020’s highest-rated horse in the world.

Hugh Anderson, Godolphin Managing Director, UK and Dubai, said on the Godolphin website: “On behalf of Godolphin and Sheikh Mohammed, thank you very much for this award, it means a huge amount. Ghaiyyath is one of the all-time greats for Godolphin. He has really made 2020 a fantastic year for us.

“I want to personally thank Charlie Appleby and William Buick for their fantastic teamwork in delivering these outstanding G1 wins. I want to thank His Highness Sheikh Mohammed for his support this year and into next year too. It has been a wonderful finish to this year.”

Charlie Appleby thanked everybody involved in the Cartier Awards.

“To win Horse of the Year and Older Horse with Ghaiyyath has been a fantastic achievement by everyone involved with Godolphin,” he said.

“Thankfully, I now pass the baton over to the breeding operation and I am sure they will have a lot of fun and success with him in his career.”

William Buick, who partnered Ghaiyyath in most of big race wins added: “It is amazing for Ghaiyyath to win the Cartier Horse of the Year. Thank you to everybody involved, especially the horse. He really deserves it and is an amazing horse to ride. I feel very privileged to have ridden a horse of his calibre.

“As a racehorse, he really did have everything. I have never ridden a horse with so much pace that can sustain it over the trips he ran over. He wore his heart on his sleeve and, as exciting as he looked, he was just as exciting to ride. He was an amazing horse and I will miss riding him.” 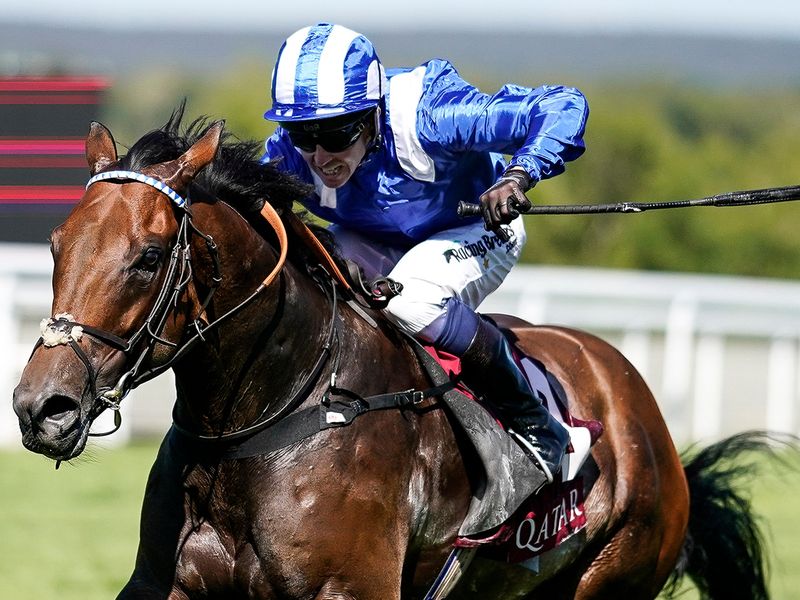 Sheikh Hamdan’s Battaash won Sprinter of the Year after he won all three of his starts in 2020 including the Group 1 King’s Stand Stakes at Royal Ascot, the Group 2 King George Stakes (for a fourth time) at Newmarket and the Group 1 Coolmore Stakes (for a second time) at York.

Angus Gold, Racing Manager to owner Sheikh Hamdan said: “On behalf of Sheikh Hamdan, I would like to say a huge thank you to Cartier and Laurent Feniou. I believe this is the 30th year of their support for this great night of awards, and how grateful we all are in the industry to have their support, they have been absolutely fantastic.

“They are special awards that we all strive for and it is a huge thrill to win one. To keep a horse going at that level for that long, it is a great reward for so many people, especially Charlie Hills (trainer) and his wonderful team in Lambourn who have done so well with Battaash. A big congratulations to them.”

In all Cartier distributed eight awards including the prestigious Award of Merit which went to the legendary John Gosden.