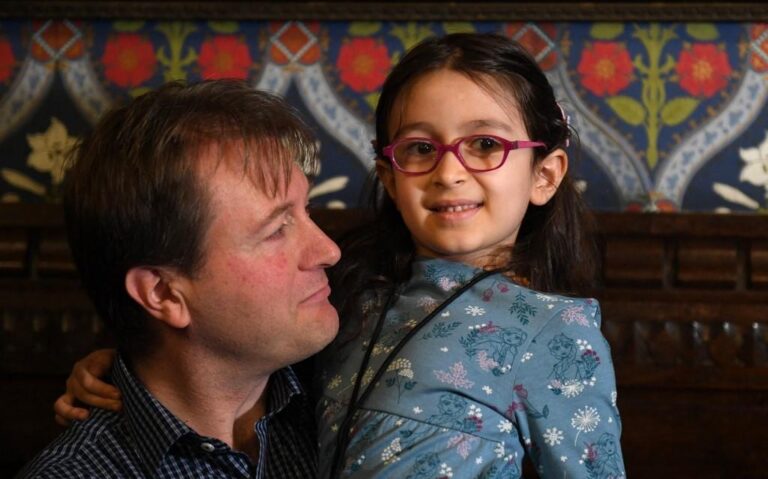 LONDON: The five-year imprisonment of a British-Iranian woman in Iran is a “blot on British diplomacy,” her husband said ahead of her scheduled release.
Nazanin Zaghari-Ratcliffe has been held in Tehran since 2016 when she was jailed for five years over allegations of plotting to overthrow the Iranian government. She denies the allegations.
Zaghari-Ratcliffe’s husband said he has spent the years during his wife’s detention “swinging between hope and despair,” UK media reported.
“It is shocking that what started off as a mum and a baby on holiday could be allowed to last for five years.
“There’s no ambiguity in that, that’s just staggering. It is a blot on British diplomacy and clearly Iranian hostage-taking is outrageous,” Richard Ratcliffe said.
Zaghari-Ratcliffe, 42, has been held under house arrest at her parents’ home in Tehran since March 2020 due to the coronavirus pandemic. Her original sentence is due to end on Sunday.
The UK Foreign, Commonwealth and Development Office told Ratcliffe in January that his efforts to publicize the March 7 date could jeopardize her release from prison.
He responded on Twitter by saying: “If anything happens to Nazanin or her family, or if she is not released to the UK on March 7 — there should be consequences.”
“We continue to believe that transparency is the best form of protection from abuse,” Ratcliffe added.
“We also made clear that the government’s role is to remind the Iranian authorities that Nazanin has the UK’s protection — not to act as a messenger for IRGC mafia tactics and suppression.”
Amnesty International joined Zaghari-Ratcliffe’s family in a “countdown to reunion” as the end of the UK national’s five-year prison sentence approaches.
Ratcliffe launched the countdown to freedom last Friday alongside the human rights organization and its supporters who are joining in on social media.