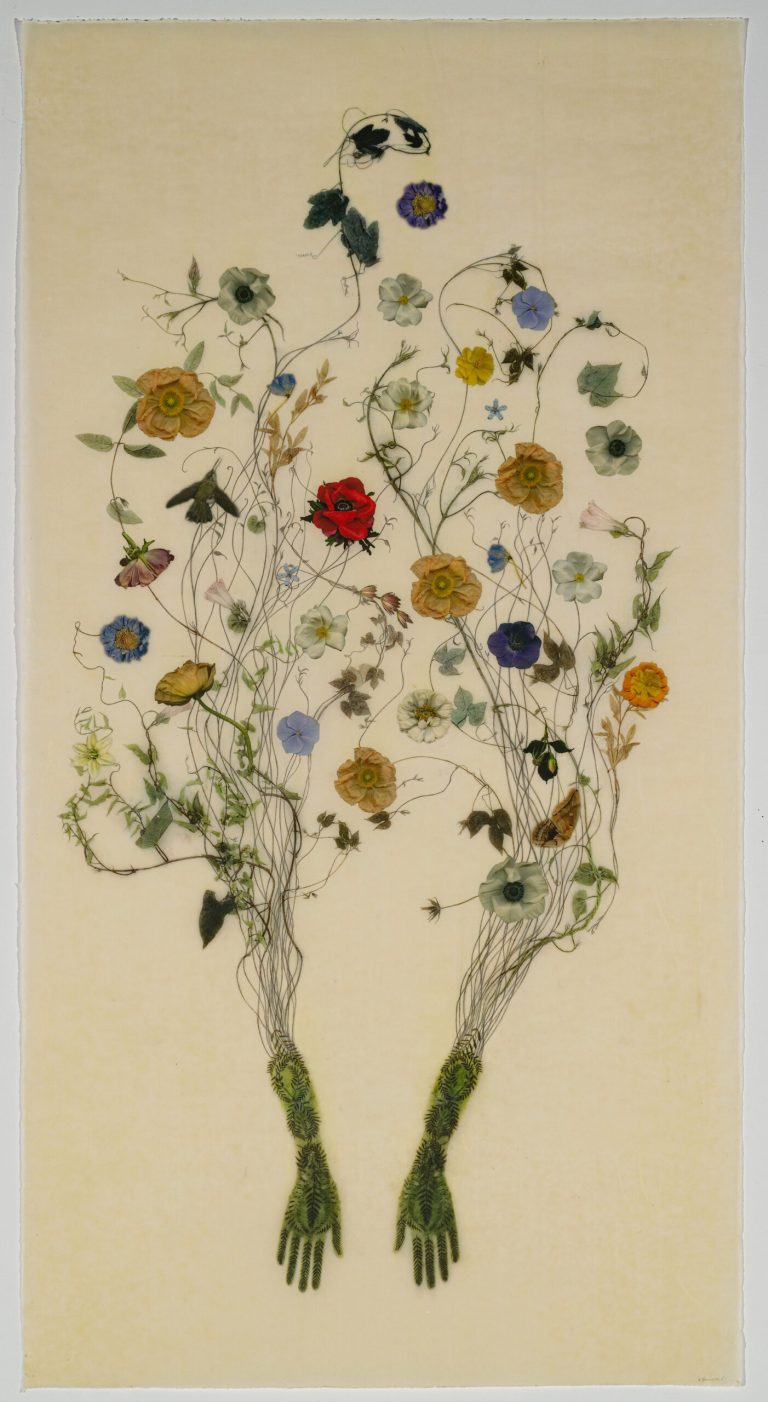 In Valerie Hammond’s series of wax drawings, protection is two-fold: the artist (previously) encases dried flowers and ferns in a thin layer of wax, preserving their fragile tissues long after they’ve been plucked from the ground. In outlining a pair of hands, she also secures a memory, or rather, “the essence of a gesture and the fleeting moment in which it was made.”

Centered on limbs lying flat on watercolor paper, the ongoing series dates back to the 1990s, when Hammond made the first tracing “partly in response to the death of a dear friend, whose beautiful hands I often found myself remembering.” She continued by working with family and friends, mainly women and children, to delineate their wrists, palms, and fingers. Today, the series features dozens of works that are comprised of hands tethered to the dried botanics, which sprout outward in wispy tendrils.

Although the delicate pieces began as a simple trace, Hammond shares that she soon began to overlay the original drawing with pressed florals, creating encaustic assemblages that “echoed the body’s bones, veins, and circulatory systems.” She continued to experiment with the series by introducing various techniques, including printmaking, Xerox transfers, and finally Photoshop inversions, that distorted the original rendering and shifted her practice. Hammond explains:

The works suddenly inhabited a space I had been searching for, straddling the indefinable boundary between presence and absence, material and immaterial, consciousness and the unconscious. For me, they became emblematic not only of the people whose hands I had traced but of my own evolving artistic process—testimony to the passing of time and the quiet dissolution of memory.

Hammond’s work recently was included in a group show at Littlejohn Contemporary in Connecticut. Her practice spans multiple mediums including collage, drawing, and sculpture, all of which you can explore on her site and Instagram. 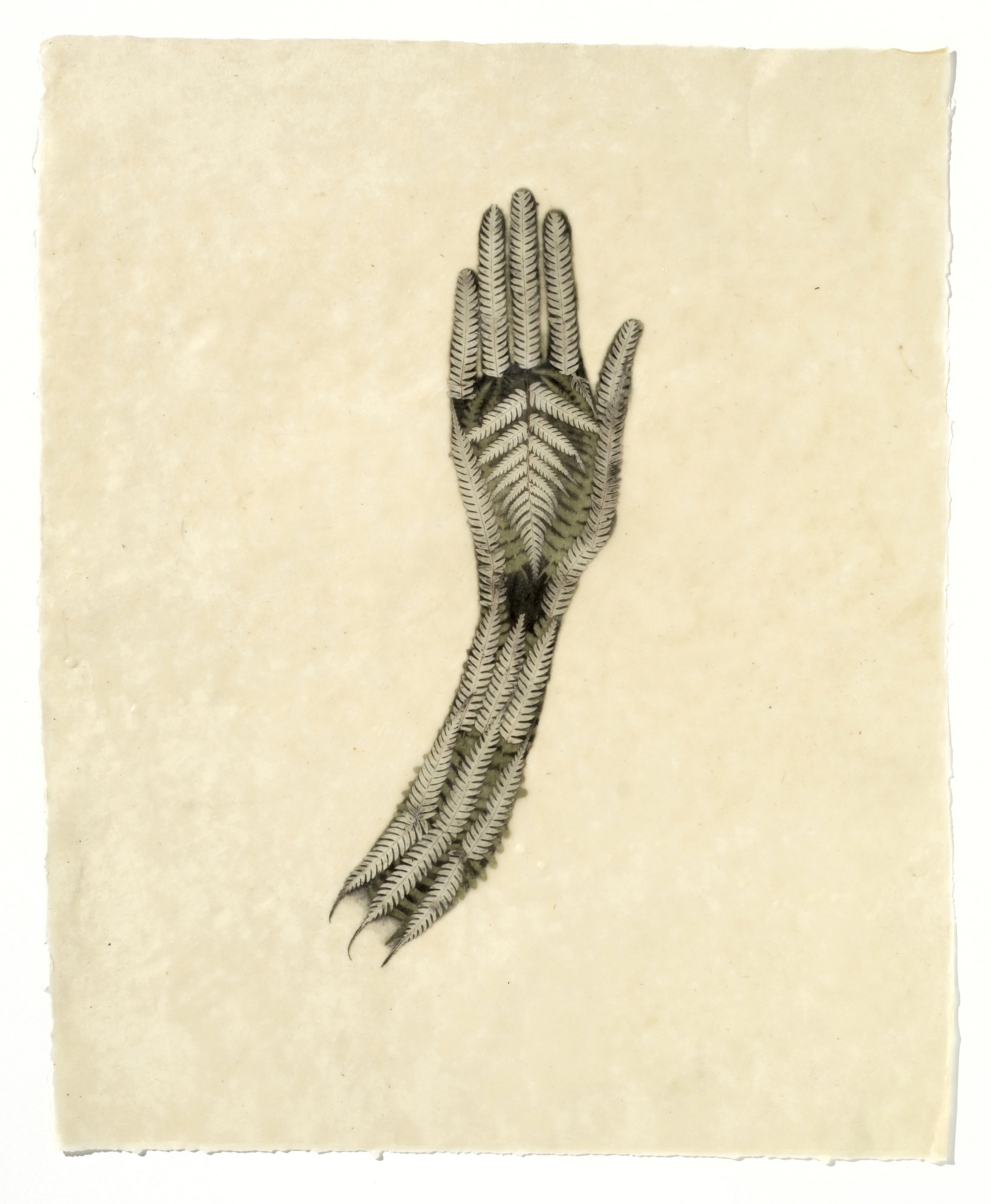 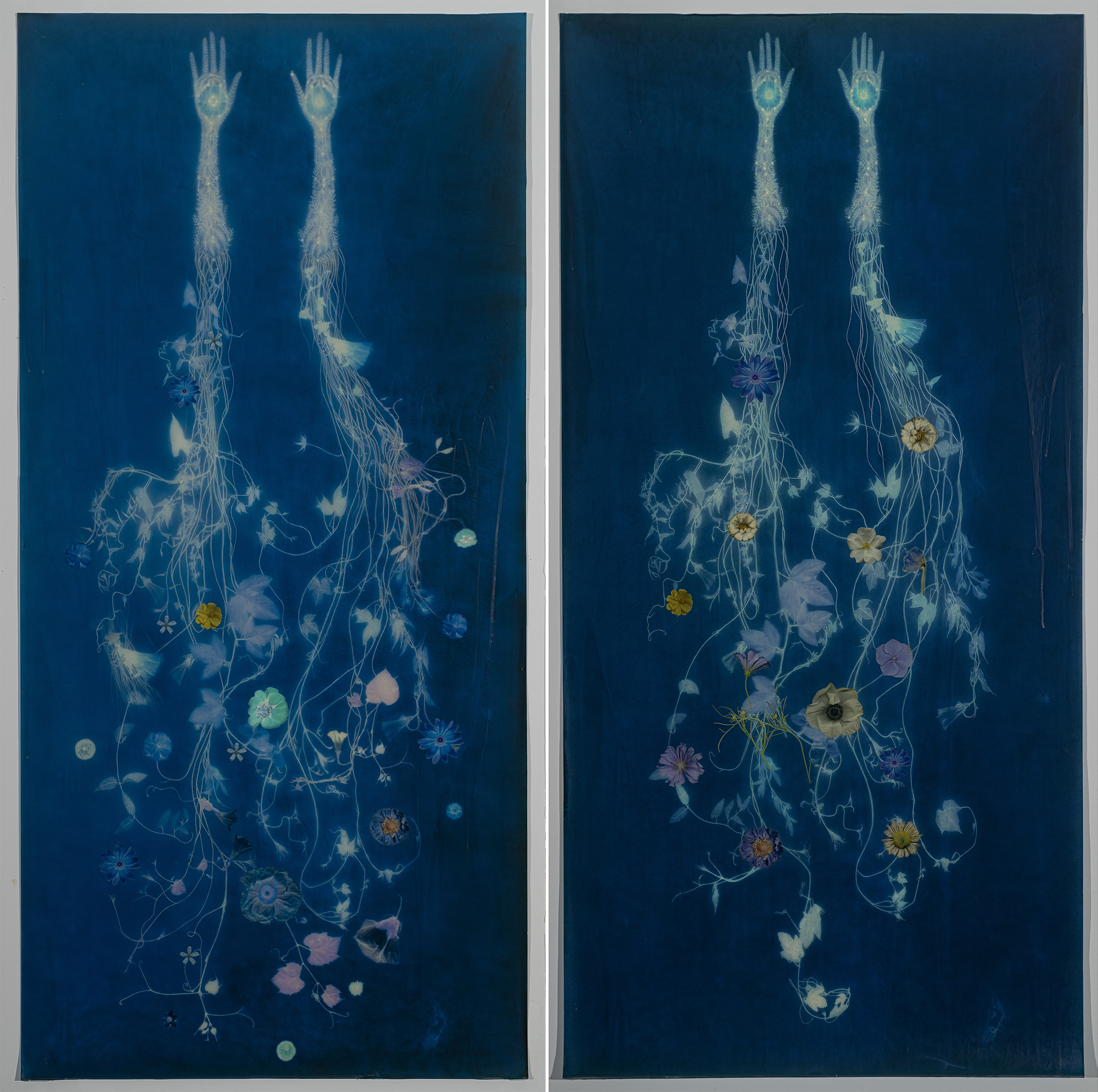