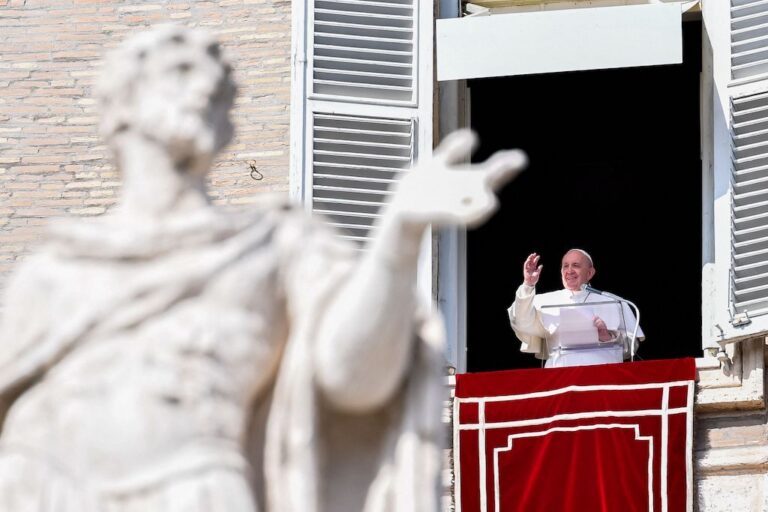 VATICAN CITY: Pope Francis said Wednesday he still expected to make his historic visit to Iraq in two days time, after a rocket attack on a military base hosting US-led coalition troops.
“The day after tomorrow, God willing, I will go to Iraq for a three-day pilgrimage. For a long time I have wanted to meet these people who have suffered so much,” the 84-year-old Francis said in his weekly Wednesday address.
The Argentine pontiff asked for prayers for the trip, the first ever by a pope to Iraq, through which he hopes to encourage the dwindling Christian community to remain in their ancient homeland while broadening his outreach to Islam.
“I ask you to accompany this apostolic journey with your prayers so that it may take place in the best possible way and bear the hoped-for fruits,” the pope said.
He added: “The Iraqi people are waiting for us, they were waiting for Saint John Paul II, who was forbidden to go. One cannot disappoint a people for the second time. Let us pray that this journey will be successful.”
At least 10 rockets slammed into a military base in western Iraq hosting US-led coalition troops earlier on Wednesday, security sources said, leaving one civilian contractor dead.
The attack on the sprawling Ain al-Assad base in Iraq’s western desert comes after several weeks of escalating US-Iran tensions on Iraqi soil.
On Tuesday, a spokesman for Francis said the pope would be travelling by armoured vehicle and that he would not be meeting crowds.
“This is a particular situation, that’s why the transports will all be in a closed vehicle, meaning it will be complicated to see the pope on the streets,” spokesman Matteo Brunei said.
“There will be a number of meetings but none will be more than a few hundred people,” he said.