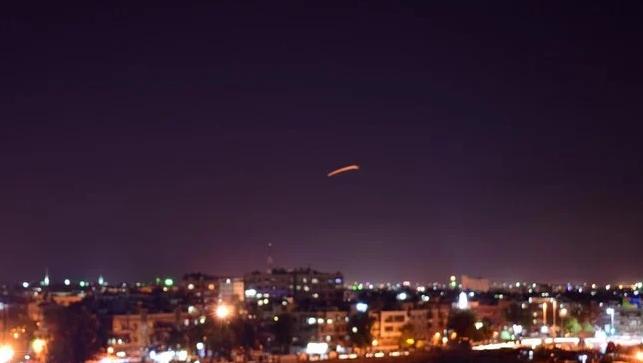 BEIRUT: Israel carried out a missile attack near the Syrian capital of Damascus and its southern suburbs early Thursday that wounded four soldiers, Syria’s state media said.
State news agency, SANA, quoted an unidentified military official as saying that Syrian air defenses were able to shoot down most of the missiles before they hit their targets. SANA said some of the missiles were fired by Israeli warplanes flying over neighboring Lebanon.
The Britain-based Syrian Observatory for Human Rights, an opposition war monitor, reported that the Israeli strikes targeted military posts near Damascus. It gave no further details.
Al-Manar TV of Lebanon’s militant Hezbollah group said one of the Syrian air defense missiles exploded near the Lebanon-Syria border and was heard in parts of southern Lebanon. It later said the missile crashed near the Lebanese border village of Houla.
Israel has launched hundreds of strikes against Iran-linked military targets in Syria over the years but rarely acknowledges or discusses such operations.
Israel views Iranian entrenchment on its northern frontier as a red line, and it has repeatedly struck Iran-linked facilities and weapons convoys destined for Hezbollah.