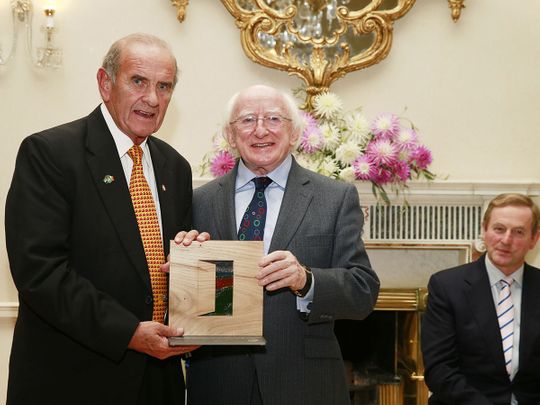 Dubai: Colm McLoughlin, Dubai Duty Free (DDF) executive vice-chairman and CEO, is an example of why the UAE is so special to several expats who have lived in the emirates for decades and consider this place to be their home. At 77, McLoughlin is looking forward to a retired life in the UAE with his son while his two daughters reside in the UK. For a man who has lived here a good part of his life (he arrived in the UAE in 1983), understandably, the Emirates feels like home to him.

Ahead of UAE’s 49th National Day celebrations, Gulf News spoke to McLoughlin to understand why this place feels like home – just like it is for several expats who have lived in the country for decades and in some cases for generations.

Take a look at what he had to say.

Turn back the clock

McLoughlin joined DDF in 1983 after more than 14 years with Ireland’s Shannon Airport. The Irish expat who was then 40, touched Dubai to work as a representative from Ireland’s Shannon airport to help set up duty free operations in the emirate. “At the Shannon airport, I worked as manager of what was described as the “free port shop” on the west coast of Ireland. The department of civil aviation in Dubai were updating and looking to open a duty free operation. They came to Shannon airport and the outcome was that they did a contract with the Irish airports authority to send a team of people to Dubai set up a duty free operation in Dubai. The contract was for six months. The rest is history, as they say.”

McLoughlin with the first batch of DDF staff in 1983.
Image Credit: Supplied

He recalled a team of ten people arrived from Ireland to set up the duty free operations in Dubai. “I was one of them. We opened Dubai Duty Free on December 20, 1983.”

McLoughlin, however, made a visit prior to the opening on July 15, 1983 – a day before his 40th birthday! “It was just a short visit to discuss the duty free operations. The team came back to Dubai in October 1983 and the duty free opened in December.”

During that time, McLoughlin recalled he was offered a job to stay on in Dubai and run the duty free operations. “The idea appealed to me. I talked to myself a lot about it. And eventually whilst I was supposed to return to Ireland in March 1984, as per my six-month contract, I decided to retire from my job in Ireland and come work as general manager of DDF in Dubai.” 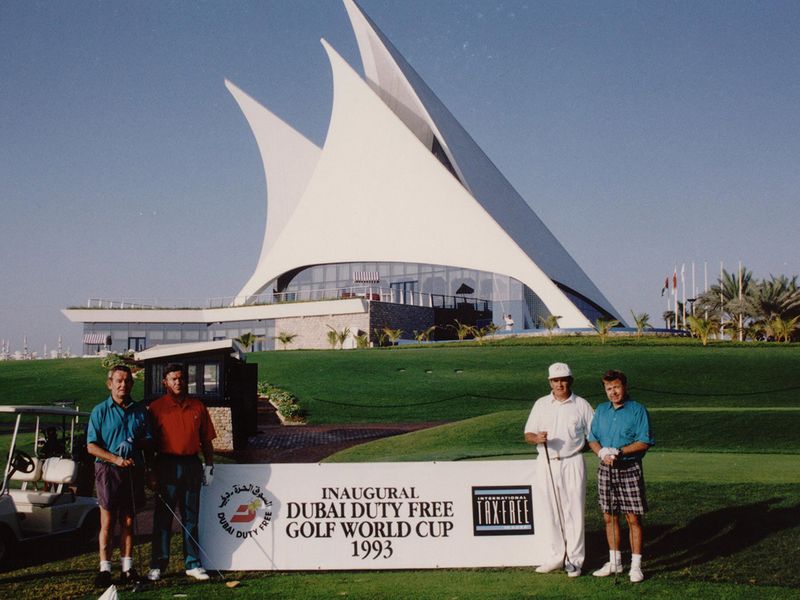 Again, McLoughlin signed a contract, this time for two years. “My wife came with me. The children were in school. They made the move along with me. Of course, time travels. Our son lives here in Dubai and has been doing so for almost 30 years. My daughters live in Brighton, England,” he said. “The reason why it appealed to me was that there was a very positive feeling here. There was an attitude to make it work and make it good. And I was right. As the results were there for all to see.” 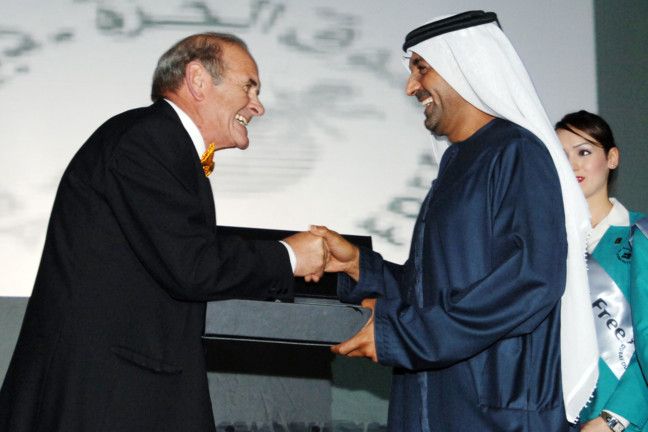 McLoughlin with Sheikh Ahmed Bin Saeed Al Maktoum, President of Dubai Civil Aviation and Chairman and Chief Executive of Emirates airline and Group, on the occasion of the 25th anniversary of the DDF.
Image Credit: Supplied

McLoughlin reminisced from the team of 10 that arrived, two people, like him, stayed on for a longer time than their stipulated contractual tenure. “One of them stayed for seven years, the other retired from DDF four years ago.”

He said: “DDF has grown from strength to strength and with it my love and commitment to this city and the organisation I work for,” he said. “Our business grew from a sales in 1984 of $20 million (Dh73.56 million) to $2 billion in 2019. Last year DDF was the single largest duty free in any airport in the world. Our staff grew from 100 to 6,000. Our business has won 600 awards. During our time, we set up a charitable foundation, which is still active. Our business gave away $342 million in our Millennium millionaire series, besides 1,800 luxury motor cars. All in all this tenure of mine has been a huge success and it has been a great team effort through and through.”

McLoughlin recalled playing golf in the country club. “We played on sand. The putting greens on the golf course were made of sand and they were called browns. Now of course there are several premiere golf courses in the UAE.”

“If I retire I would live here for the most of part of the year. I consider Dubai very much my home. I was given an honorary doctorate by the Middlesex University in Dubai for my contribution to the aviation industry. It touched my heart. I never knew when I signed a six month contract I would stay on for decades. My children have studied and grown up here. This is UAE for the land is so loving and welcoming for people from all over the world. We just don’t want to leave from here.”