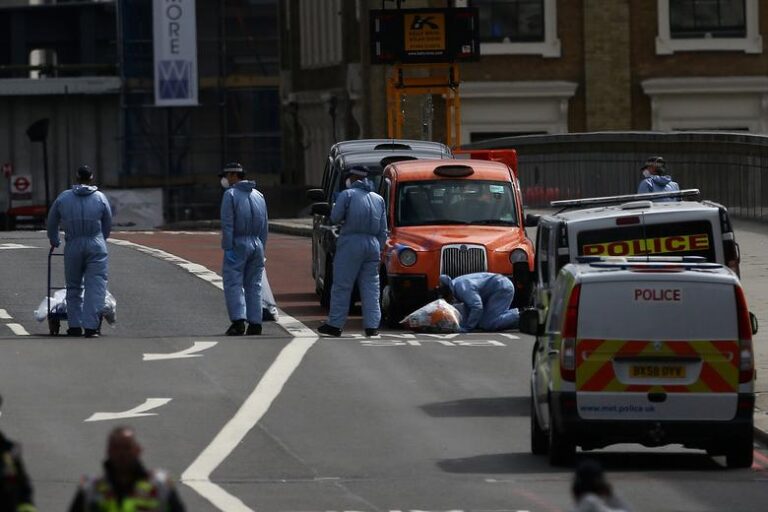 LONDON: Van owners in Britain will be told to carry out routine checks on people hiring their trucks to prevent vehicle-based terror attacks.

The guidance, brought in by the British Standards Institution, will expect owners to check references and employment history for evidence of criminal links.

Vehicles will also be expected to be checked regularly to spot any signs of tampering in a way that could be evidence of preparation for criminal or terrorist acts.

European cities endured multiple incidents of terrorists using vehicles to run over innocent bystanders, such as the Westminster Bridge and London Bridge attacks in March and June 2017, respectively.

The previous summer, a truck rammed into crowds celebrating Bastille Day in the French city of Nice. Eighty-six people were killed and hundreds more injured.

Architectural changes have been made to reduce the risk of attacks, with bollards and barriers put in place on bridges and major pedestrian areas in Britain.

Officials are also aiming to reduce the risk of trucks being used for human trafficking by organized crime gangs.

“This is a long-awaited implementation of recommendations that came out from lessons learned from the Nice attack in 2016, and the London Bridge and Westminster attacks of 2017, recognizing the ease with which terrorists had access to vehicles and the devastating impact they could have. The London Bridge attackers had tried and failed to source a larger vehicle,” former senior British military intelligence officer Philip Ingram told Arab News.

“Daesh and Al-Qaeda channels on encrypted platforms such as Telegram actively encourage the procurement and use of large vehicles for terror purposes,” he added.

“In 2017, Rumiyah, a terror magazine aimed at English-language speakers, talked of the use of vehicles, including trucks, as weapons. It’s shocking that it has taken almost four years to bring in additional checks for hiring larger vehicles.”

Transport Minister Robert Courts said the guidelines will “go a long way to help us in our fight against terrorism and organized crime.”

He added: “Terror attacks and organized crime involving commercial vehicles have had tragic and devastating effects in recent years, with every life lost leaving an unimaginable void in the lives of so many.”