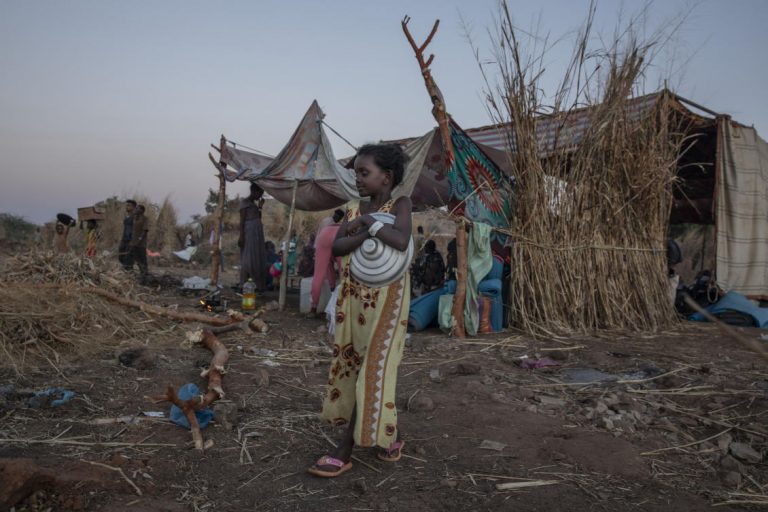 UM RAQUBA, Sudan: Sudan needs $150 million in aid to cope with the flood of Ethiopian refugees crossing its border from conflict-stricken Tigray, the UN refugee agency chief said Saturday during a visit to a camp.
The Tigray conflict broke out on November 4 between Ethiopia’s federal forces and leaders of the region’s ruling party.
Sudan has since hosted more than 43,000 Ethiopian refugees fleeing from the intense fighting into one of its most impoverished regions.
“Sudan needs $150 million for six months to provide these refugees water, shelter and health services,” said UN High Commissioner for Refugees (UNHCR) Filippo Grandi at Um Raquba camp, some 80 kilometers (50 miles) from the border.
Grandi called on “donors to provide Sudan with these resources as soon as they can.”
Between 500 and 600 refugees are still crossing the border each day.
Sudan has sought to provide help to accommodate the mass refugee influx as it struggles with its own deep economic crisis.
The country is also going through a fragile transition since the April 2019 ouster of veteran strongman Omar Al-Bashir, after unprecedented mass protests against his rule, triggered by economic hardship.
Some 65 percent of Sudan’s nearly 42 million people live below the poverty line, according to government figures.
As the Tigray fighting rages, Grandi also voiced concern over the fate of tens of thousands of Eritrean refugees living in Ethiopia for decades.
“We don’t have access to them,” he said, urging the Ethiopian government to authorize visits by the United Nations.